Where in Our World?

2018 is the  25th Anniversary of Exeter International. To start the celebrations, we commissioned the renowned Russian painter, Yuri Gorbachev, to illustrate our brochure cover with eight architectural highlights in our destinations.  The original oil painting hangs in our office. Yuri has lived in Manhattan since 1991 and his works are in the permanent collections of more than twenty museums worldwide. Located in the castle area, known as Varhegy, the Fisherman’s Bastion has the  most impressive views over Pest, across the Danube.  Here you’ll see the Matyas Church, a Neo-Gothic reconstruction dating from 1874 and in which many organ and choral concerts can be heard.  The entire cobble-stoned area, lined with cafés and small shops, is perfect for spending the remaining afternoon. St. Basil’s Cathedral, an iconic symbol of Moscow.  This magnificent church-museum was commissioned by Ivan the Terrible and was completed in 1561.  Rumor has it that Ivan had the architect blinded so he would never be able to design anything as exquisite again! 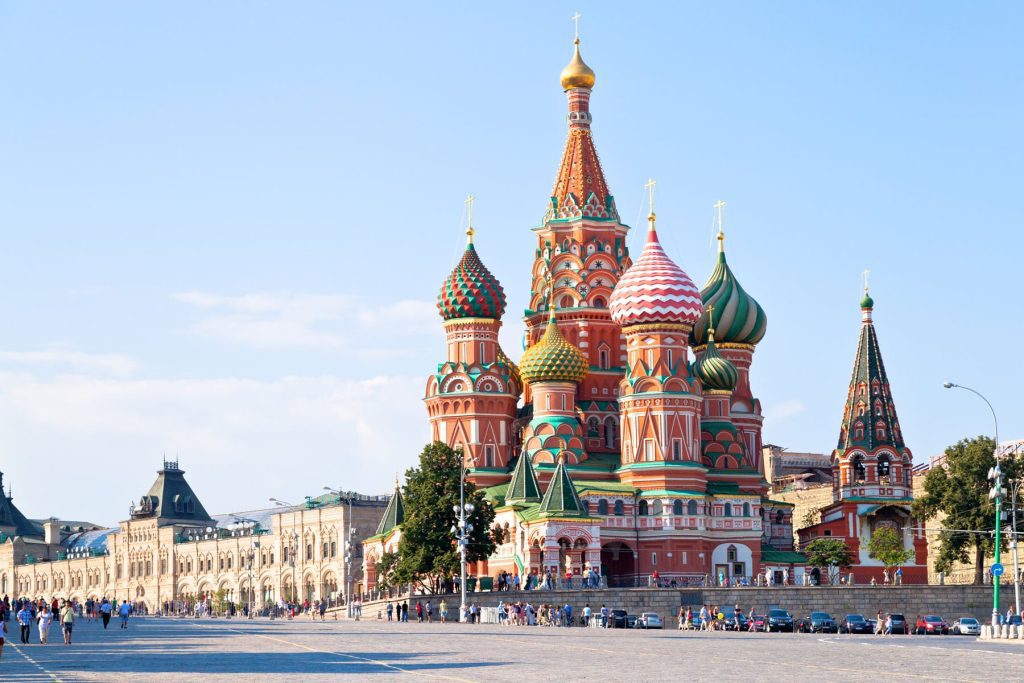 Zaha Hadid, the world famous architect and Pritzker Architecture Prize winner, saved one of her greatest triumphs for Baku in the Aliyev Cultural Center. Stunning inside and out, this building houses temporary exhibitions as well as a museum dedicated to Heydar Aliyev, the founder and first president of modern day Azerbaijan. Peter Paul Fortress: the birthplace of St. Petersburg.  After walking through the many gates and across the bridges and moats, you can begin to feel the late 18th century era that required such fortification.  As Peter’s original outpost against the Swedes, St. Petersburg was born from this fortress and its historical significance is felt to this day by the presence of every Romanov tomb from Peter the Great. Perhaps the most famous bridge in Europe, the Charles bridge in Prague is in the very heart of this medieval city. Krakow has a thousand year history and until the seventeenth century it was the capital of Poland. It was, and still is, a very cosmopolitan city, attracting many artists and scholars. Mercifully untouched during World War II, the city is perfectly preserved and rich in history. Described as paradise on earth by George Bernard Shaw, and famously christened the ‘pearl of the Adriatic’ by Lord Byron, Dubrovnik has much to
offer.

This historic UNESCO World Heritage site has influences ranging from Venetian and Spanish to Roman and Genoese. Riga has some very distinctive architecture. One of our favorite buildings has two unusual cat sculptures, said to be placed on the building facing the Guild Hall by the original owner who had grudge against the Guild members!